How does it feel like to explore the Head Quarter of one of the most used chat apps in Indonesia while immersing in the high-technology yet culturally-unique ambiance of Tokyo? Hear the full story of the five Starting LINE Competition winners during their experiential journey to LINE HQ!
By vooyagers
03/11/2018

Starting LINE Competition is a competition for Indonesian youths, especially college students, which aims to build positive digital communities using LINE app features such as [email protected] and LINE Group Chat. The competition was held from August to November 2017.

As the grand reward, the five winners received a 5-day free experiential study tour to Tokyo with VOOYA. The tour was held from 11 February to 15 February 2018. Not only gained the privilege to visit the Head Quarter of LINE, but the winners also had the opportunity to experience the sensation of Vooya's experiential activities, engaging in extraordinary workshops from social sciences, arts, culture, and sports while exploring every attraction of the city.

Curious about how the tour was like? Here's the full story. 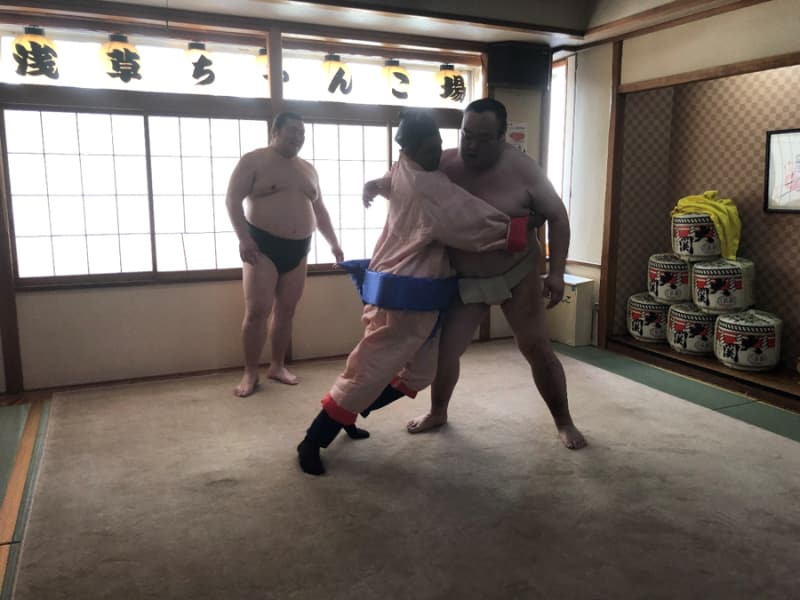 With the power of Chankonabe, Surya tried his best to defeat the Rikishi. Photo: Vooya

Once finishing their Chankobane, they also had a chance to learn everything about Sumo including its history, the life of Sumo wrestlers, and even the rules of Sumo match. After getting an insight into Sumo, each winner was allowed to duel with one of the two Rikishi.

Wearing Mawashi-look-alike costumes, an outfit that looks like Rikishi belt, the five winners seemed ecstatic to perform every technique and move they had learned. 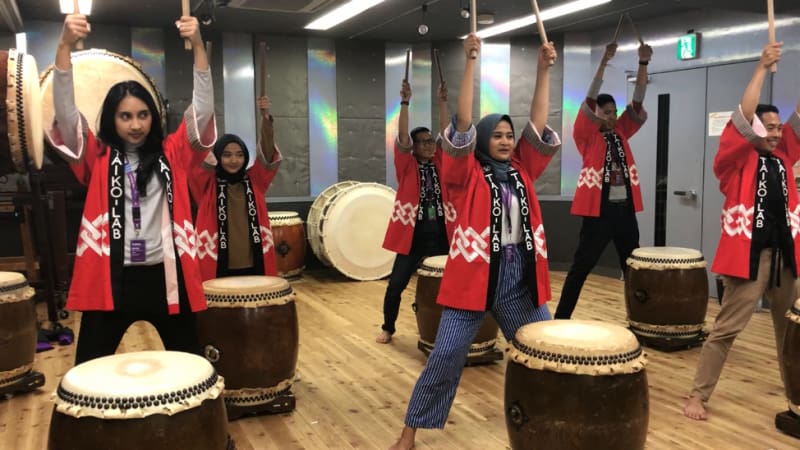 Done with Sumo training, the winners moved on to the next experiential activity, the Taiko workshop. Taiko is a traditional Japanese percussion instrument usually played during special occasions such as cultural festivals and religious ceremonies. Taking place at one of the most notable Taiko Center in Japan, practicing at Taiko-Lab Asakusa must be the rarest experience they've ever had.

The workshop was started with a lecture on the history and philosophy of Taiko. After the lecture, the mentor introduced some basic techniques in playing Taiko. He mentioned that besides power, feeling and concentrations are also the keys to creating a harmonic sound.

At last, after grasping the whole lesson, with the Bachi (Taiko stick) on each hand and under the instruction of the mentor, the winners were ready to show their skill! 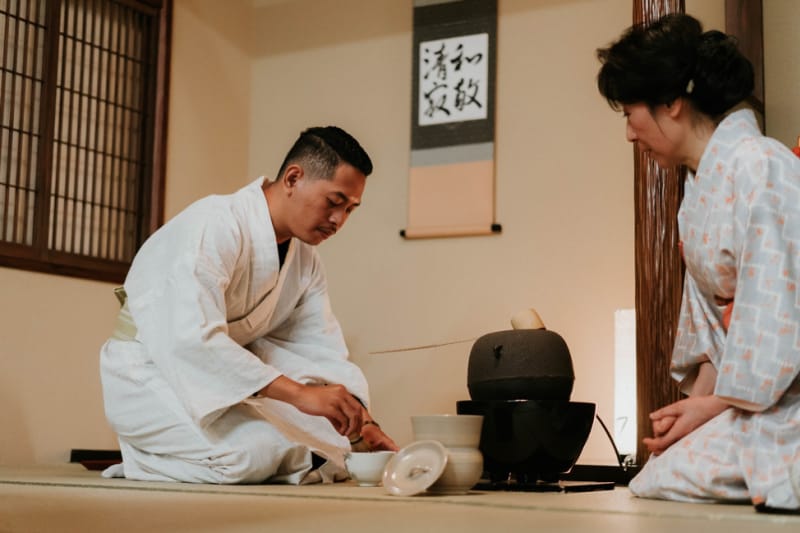 Sitting on Tatami in the serenity of the Way of Tea. Photo: Vooya

Visiting Japan is incomplete if you don’t try at least one of its unique and long-lasting traditions. For this reason, on the next day, the winners were introduced to one of the oldest Japanese ritual called the Way of Tea (a traditional Japanese Tea Ceremony).

Because this ceremony is sacred, before starting the workshop, all winners were asked to wear Yukata, a traditional Japanese attire in the form of a light cotton Kimono. After wearing their Yukata, the mentor taught them everything about the tea ceremony, from the history and philosophy to the rules and etiquettes. Once the mentor finished, the ceremony began, and all winners were applying what had been taught. At the last session of the workshop, the winners had the opportunity to conduct a stock trading simulation to experience first-hand how it’s like to be stockbrokers.

The winners continued their experiential journey to Washacook, a famous cooking class for foreigners located in Shinjuku specializes in Japanese homemade cuisines. 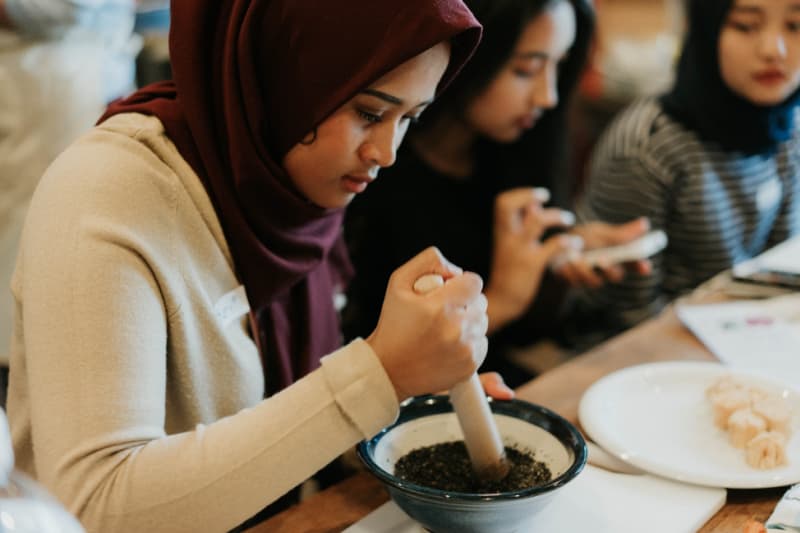 Knowing the culture through the arts of homemade cuisine. Photo: Vooya

In this Character Bento Cooking Class, each winner was able to experience the Japanese way of making boxed lunch, famously known as Bento. Using the fresh ingredients of the season such as cutting seaweed, sheet of cheese, rice ball, sausage, egg, and broccoli, they competed to creatively designed a Bento that looks like the face of Totoro. 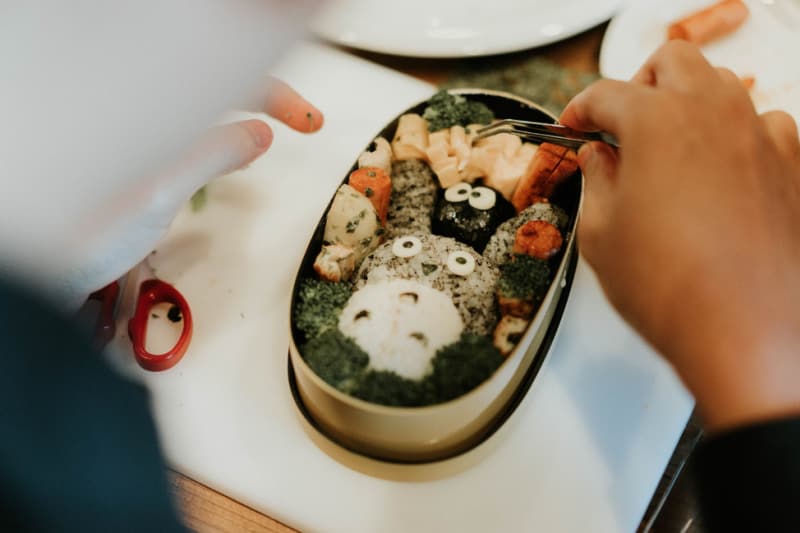 Now, it’s time for the most anticipated part of the journey.

On last day of the tour, the five Starting LINE Competition 2017 winners visited the Headquarter of LINE. With the company of a friendly guide, the winners strolled around every single corner of the place where Brown and Coni were born.

The iconic LINE-sticker characters on every corner of LINE HQ. Photo: Vooya

After enjoying the unique view of LINE HQ, seeing the big sculpture of LINE iconic-sticker characters and variety of cute souvenirs, the winners entered a workshop room for a lecture session, learning on how [email protected] in Japan works and the career prospect in the digital age. 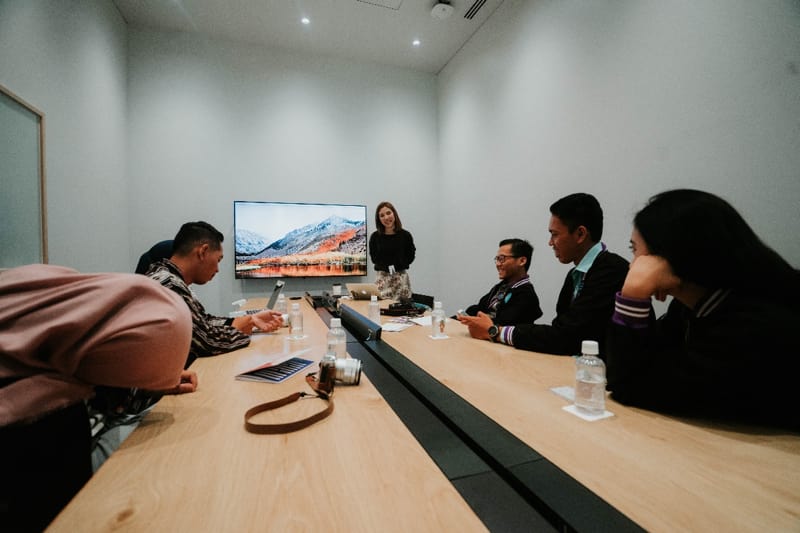 The five winners had successfully completed their voyage. In Vooya, once experiential study tour participants finished their journey, it means that they have transformed into the Vooyagers, the wonderers and wanderers who have the unrelenting thirst for continuous learning and have mustered the bravery to embrace uncertainty, to make mistakes and even fall, in an attempt to move towards progress. To celebrate the phenomenal achievement, there would be a graduation ceremony for all of them. 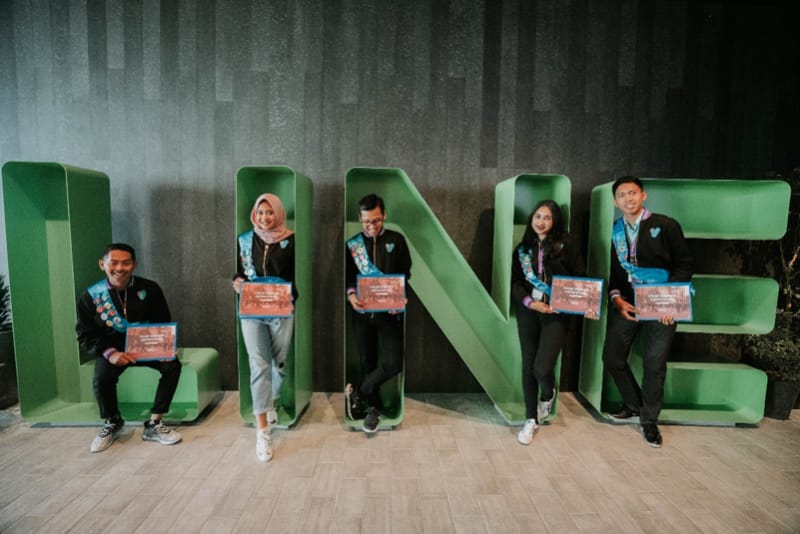 Wow! What a sensational journey!

Not only for some mere sightseeing, but the journey also gave a wildly different sensation to the five Starting LINE winners where they could explore and experience many kinds of activities in one go!

Also Read: 3 Best Universities to Study Art & Design, 7 Activities to Make the Most of London in Summer, Beyond the Classroom Walls, Liburan ke Luar Negeri yang Gak Cuma Ngabisin Uang?, DEAR PARENTS, YOUR KIDS DON'T HAVE TO BE DOCTORS, 3 Novel Indonesia yang Akan Membakar Semangatmu, What Does It Take to Be the Next Leonardo da Vinci?, blog home